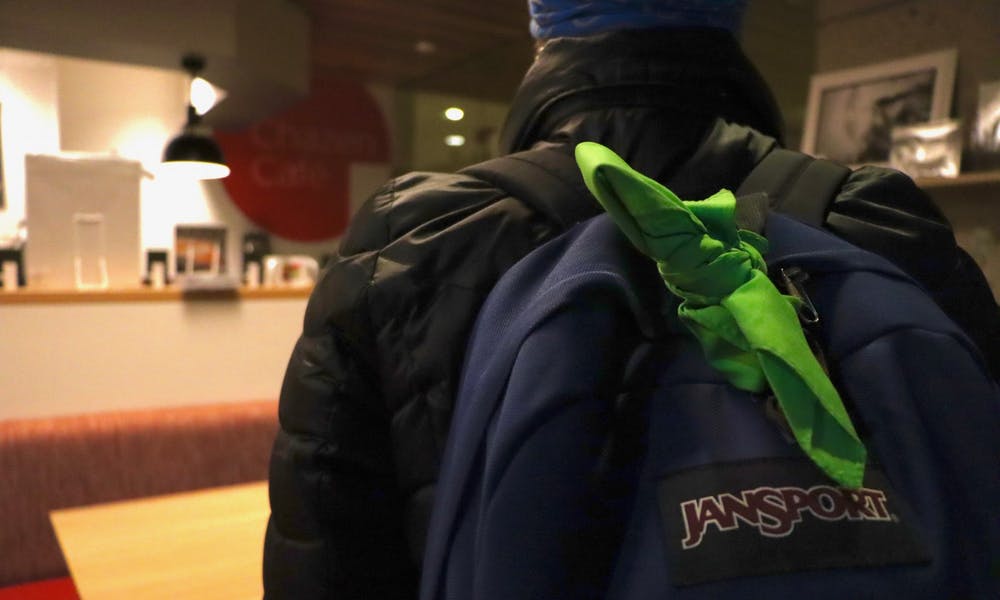 UW-Madison senior class officers announced they will be raising funds for the Green Bandana Project as their departing class gift to help build support and recognition of mental health on campus.

The Green Bandana Project is a mental health awareness campaign created in 2016 by Madison freshman Colin Bass. The senior class hopes to fundraise $10,000, according to the gift proposal by the Senior Class Office.

The project is hosted by the UW-Madison chapter of the National Alliance on Mental Health, an organization that provides advocacy, education and support for those facing mental illness.

Green bandanas are handed out to students along with a card listing mental health resources. The bandana indicates the student is a mental health advocate and someone to safely talk with about mental health, if they so choose.

The project has become so popular that other university campuses across the nation have created their own bandana projects.

Senior Class President Lauren Sorensen said the class officers chose the Green Bandana Project because they wanted their gift to be something that could compel students to donate.

“We wanted to make sure we were doing something that would really support a cause that students felt passionate about,” Sorensen said. ”That’s how we stumbled upon the idea of mental health.”

Kenia Link, the director of the Green Bandana Project, said she was unaware of the decision until the announcement.

“The gift was a surprise,” Link said. “We’re really honored to receive the donation. I think it’s great that the senior class realizes how important mental health is.”

According to Sorenson, officers wanted to support mental health on campus as their departing gift but struggled to find the proper organization to back.

“Thinking about mental health on campus, there’s UHS and a whole bunch of bureaucratic things that we thought students either wouldn’t feel compelled to support or just seemed so macro level and not really doing things that students could point to,” Sorenson said. “We liked the Green Bandana project because it was a student initiative started by a UW-Madison student.”

According to Sorenson, the Senior Class Office will be hosting bake sales, as well as a mental health gala in late April to help raise funds. Students can also go to the online fundraising page to donate.

Read the full article at: https://www.dailycardinal.com/article/2020/03/senior-class-office-to-raise-10000-for-green-bandana-project