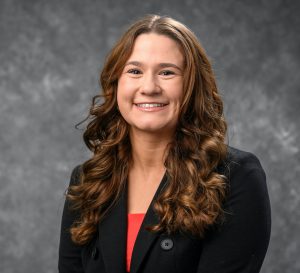 From the southwest side of Chicago, Gina came to UW-Madison to pursue a degree in Strategic Communications, Reporting, and Political Science. On campus, she served as the Panhellenic Association president, overseeing the largest women’s organization on campus, including the 13 Panhellenic sororities. She also served as the college news editor and features editor for The Daily Cardinal, where she wrote over 70 articles. On campus, Gina enjoyed getting involved with Curb Magazine, Open Mic Nights at the Terrace, Rath cheese curds, acting in Humorology shows, and being an active member of Kappa Alpha Theta. Upon graduation, Gina plans to pursue a consulting job in Chicago, and she plans to visit Madison for summer nights at the Terrace and Badger games.